The phrase, “Everything happens for a reason,” might sound too much of a cliché, but in the cases of these famous personalities, their presence at a certain time and place was pivotal in determining a series of events. From accidentally getting discovered and unknowingly meeting their soul mates, to becoming real-life superheroes and saving people’s lives, these stars found themselves in situations they were meant to be in.

Bright Side rounded up a list of celebrities with interesting, life-changing encounters, and their stories will surely surprise you.

1. Tom Cruise was with Elisabeth Shue when he stopped her from walking into spinning helicopter blades. 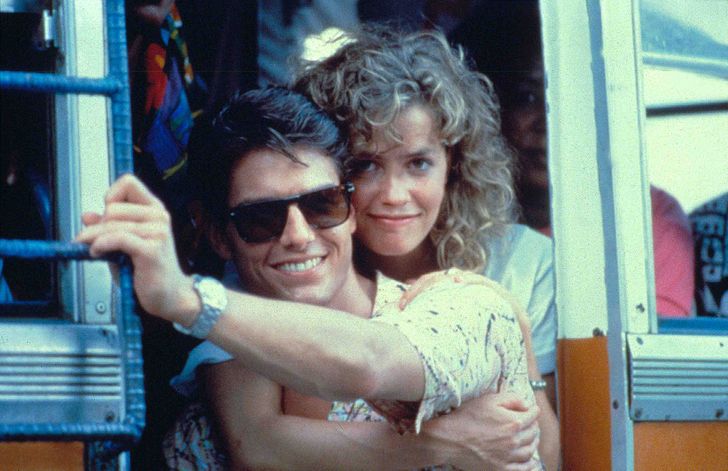 An aerial camera operator from Tom Cruise and Elisabeth Shue’s 1988 movie, Cocktail, recently revealed in a Facebook Group for crew members that Cruise saved Shue’s life while they were on set.

The incident happened after the 2 actors approached the helicopter to watch a playback of the aerial shots. Shue excitedly left the chopper and didn’t notice the rotor blades that look invisible when they’re spinning. But Cruise saw the danger, and in true Mission Impossible-style, he lunged and grabbed her by the legs, and a disaster was averted.

2. Charlie Hunnam was shopping when he blew a kiss to a random woman and got discovered. 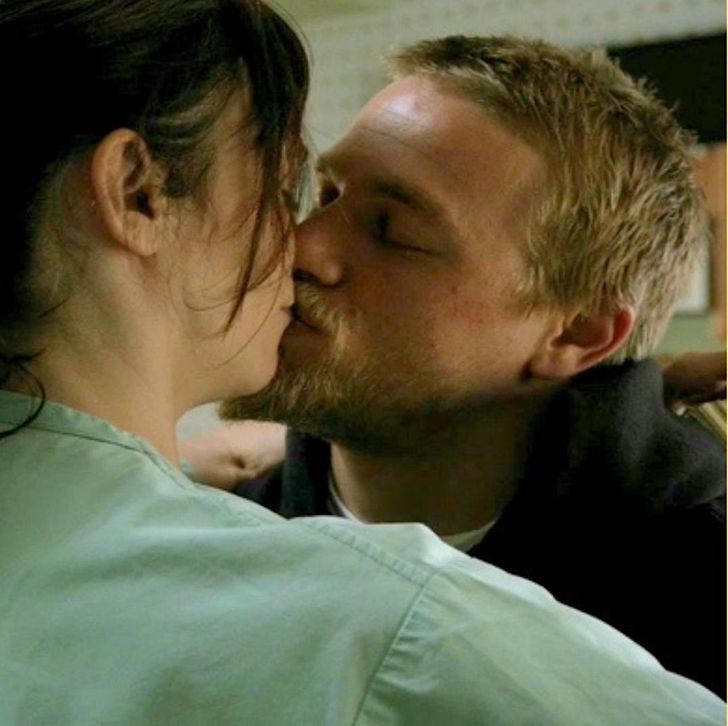 The actor who plays Jackson Teller from Sons of Anarchy owes his career to his natural charm and to one coincidental encounter. Apparently, 17-year old Hunnam was Christmas shopping in a shoe store, when he saw a woman looking at him. Swayed by his high spirits and merry mood, Hunnam blew her a kiss. The woman turned out to be a TV production manager, and she approached him and asked if he was interested in acting. From there, Hunnam got to live out his lifelong dream of working in film.

3. Judd Apatow was reading for Jim Carrey in an audition when he met the love of his life.

When actress Leslie Mann auditioned for the movie, The Cable Guy, she read the script not with Jim Carrey, but with the producer, Judd Apatow. Standing in for the actor was probably one of Apatow’s best decisions because after Mann left, he told Ben Stiller that he just saw “Mrs. Apatow.” Today, the 2 are known as a Hollywood power couple, and aside from working on popular films and series together, the pair has also raised 2 lovely daughters.

4. David Boreanaz was walking his dog when a talent manager saw him.

David Boreanaz told Larry King that he was once a struggling actor, doing commercials and odd jobs just to make ends meet. But his career took an unexpected turn when he passed by his neighbor’s house while walking his dog. The neighbor happened to be a talent manager who thought that Boreanaz was perfect for the role of Angel in Buffy the Vampire Slayer. After landing his big break in the cult series, Boreanaz continued to star in big projects, like the spinoff show, Angel, along with Bones and SEAL Team.

5. Melissa Errico arrived at the subway just in time to save a man that fell on the tracks. 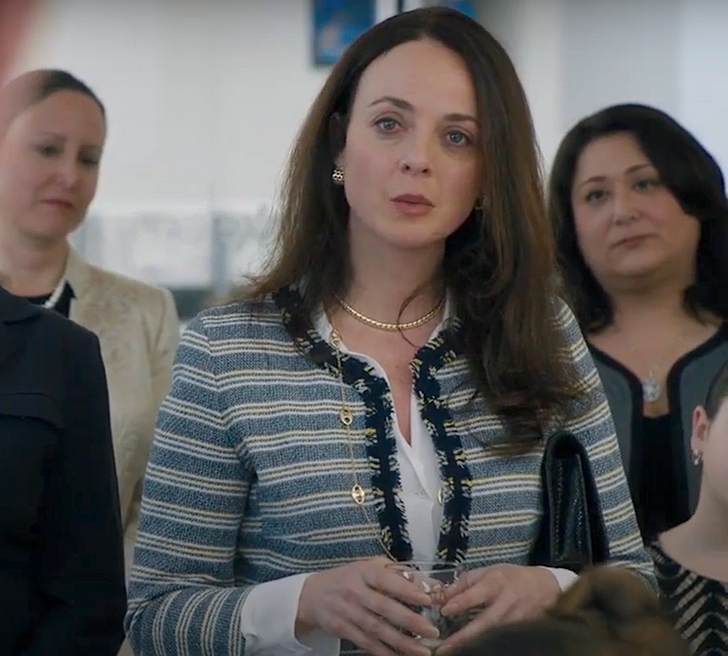 The Tony Award-nominated actress and Broadway star had just left her vocal coach’s studio when she heard screams from a nearby New York City subway station. She rushed to help and saw 2 men struggling to lift a guy that fell onto the tracks. But she noticed that the 2 men looked like they were about to give up and let go.

The singer leaped into action and grabbed the man from under the arms. The 3 of them were able to pull him back up on the platform mere minutes before the next train arrived.

6. Anthony Kiedis was on a break from filming Carpool Karaoke when he saved a baby’s life. 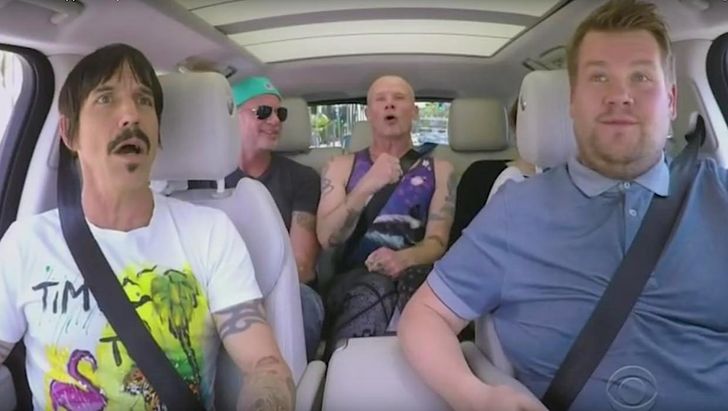 The Red Hot Chili Peppers’ frontman shared in an interview that while filming a segment for The Late Late Show With James Corden, he and Corden stepped out of the car to do a dance-off and grab something to eat. On their way to the restaurant, they saw a woman across the street asking for help because her baby wasn’t breathing.

Kiedis helped by rubbing the baby’s belly, which worked because bubbles came out of its mouth and its eyes rolled back into place. Kiedis said the ambulance arrived shortly after, but it was a beautiful thing that they were there at the exact moment the baby needed help.

7. Prince Harry was in a polo game when a fellow player got injured and needed help.

Prince Harry was in a polo exhibition match in Brazil, when a player from the opposing team, Bash Kazi, fell off his horse and passed out. Prince Harry — who was prepared to handle emergencies thanks to his military training — immediately got off his horse and administered first aid. He rolled Kazi onto his side, which helped him regain consciousness.

8. Stephen Colbert was on a short trip to his hometown when he saw his future wife.

In 2016, before taping one of the episodes of his Late Show, Stephen Colbert told the studio audience the cute story of how he met his wife. He said he was in a serious relationship at that time, but he wasn’t sure if he wanted to marry the girl, so he went on a quick vacation to his hometown to think things over.

One night, he went to a show with his mother, and he said, “I see across the lobby this woman…a beautiful woman in a black linen dress standing below one of the sconces in the lobby. And I think, ‘Her! There’s your wife, you’re going to marry her.’” And he did! Colbert and his wife, Evelyn McGee-Colbert, have now been married for almost 30 years.

9. Clint Eastwood was at a dinner event when he saved a man from choking.

In 2014, the AT&T Pebble Beach National Pro-Am tournament’s CEO, Steve John, was enjoying appetizers at a dinner party, when a piece of cheese got lodged somewhere in his throat. Fortunately for him, Hollywood icon Clint Eastwood was also in the event, and the actor immediately noticed the panicked look on his face. Eastwood responded by doing the Heimlich maneuver to save John from suffocating.

10. Nick Jonas was bored and singing in a salon when he was discovered. 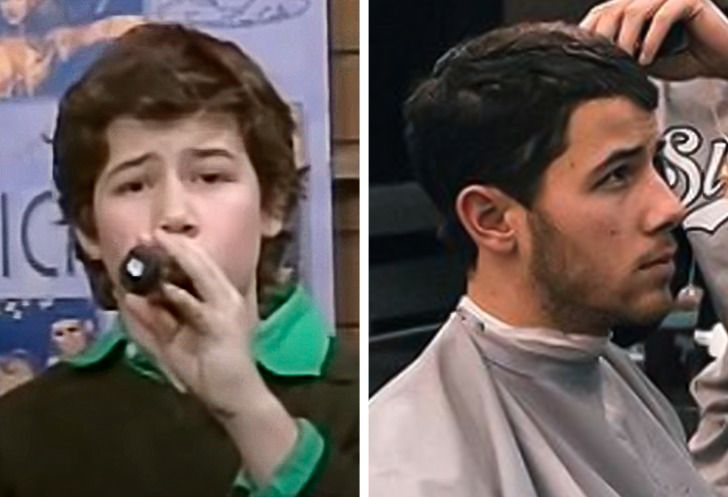 It looks like there are perks to bringing your kids with you to the hair salon. When 6-year old Nick Jonas tagged along with his mom, he got bored and started singing. Jonas said someone heard him and referred him to a manager. After meeting with the talent manager, he started doing Broadway shows, released a debut single, landed a record deal, and formed the band, Jonas Brothers, with his siblings.

11. Reese Witherspoon was in an awkward situation when her future husband came to her rescue. 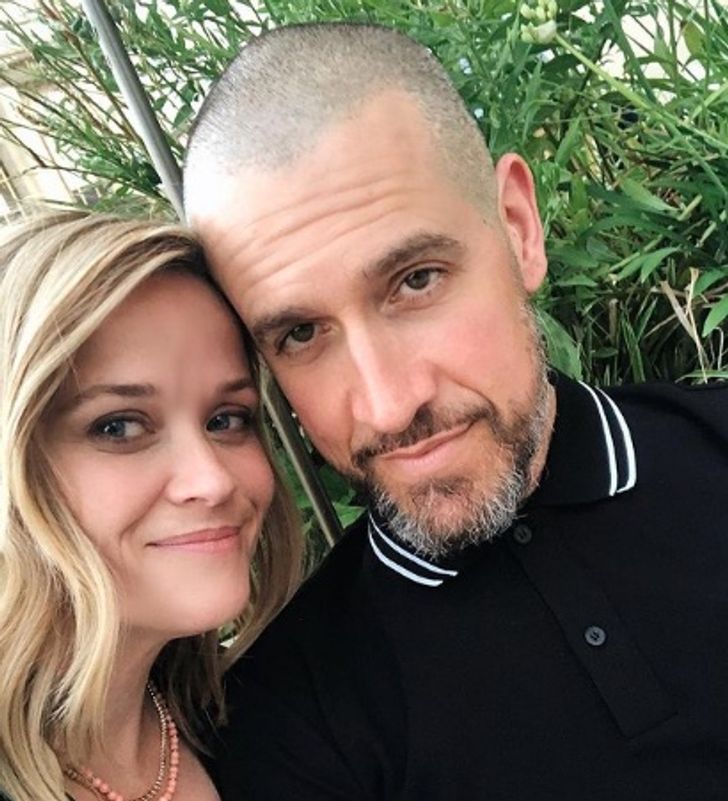 The Legally Blonde star said she was at a friend’s house when a guy started hitting on her and badgering her with his unruly behavior. But like a knight in shining armor, Jim Toth rescued Witherspoon by pulling his rowdy friend away and apologizing for his pal’s actions. That was the first time the 2 love birds met, and they ended up marrying each other in 2011.

12. Dolly Parton was on set when she saved a 9-year old girl from an accident. 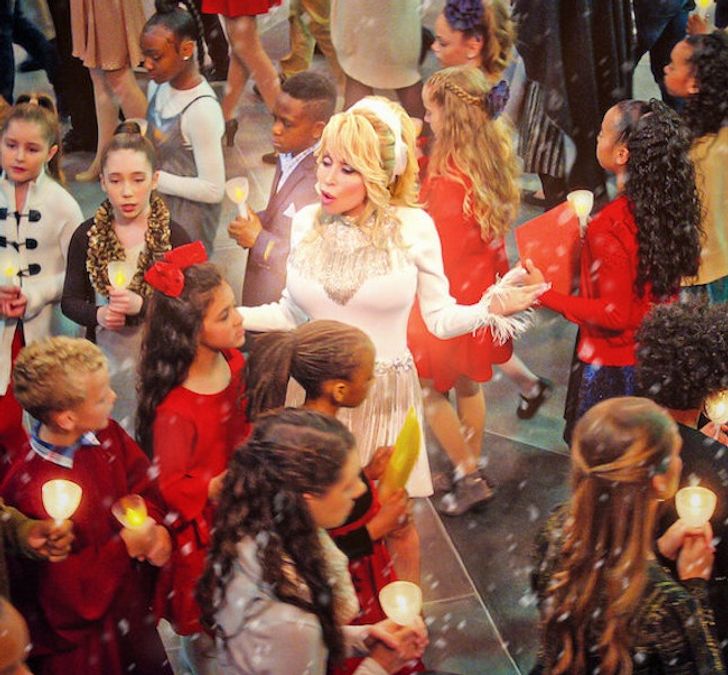 © Christmas on The Square / Netflix

In the Netflix holiday musical, Christmas on the Square, Dolly Parton played the role of an angel that tried to save Christmas in a small town. But she proved that she was also an angel in real life when she pulled 9-year-old Talia Hill out of harm’s way.

Hill said she was about to return to her position on set when someone suddenly grabbed her. The little girl didn’t realize that she was in the path of an oncoming vehicle, but thankfully, Parton was around to pull her back and hug her after the incident. Aww, Parton really is America’s sweetheart!

13. Serena Williams was having a meal in Rome when her future husband sat beside her. 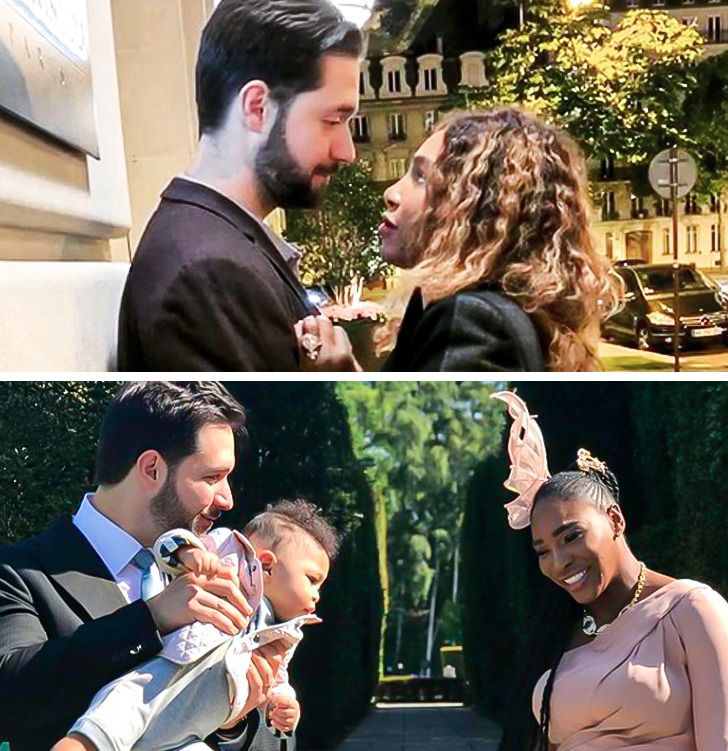 Tennis legend Serena Williams and Reddit co-founder Alexis Ohanian were in Rome at the same time for different reasons — Williams was there for a tournament, while Ohanian was there for a conference. One day, Ohanian sat outside the hotel restaurant for coffee, where Williams and her team were eating as well.

Williams’ assistant advised Ohanian to transfer to another table because they saw a rat, but he said rats didn’t bother him, and this piqued Williams’ interest. The 2 began talking, and their serendipitous encounter led to a wedding in 2017 and a cute little toddler named Alexis Olympia.

Have you also experienced a moment when you felt that you were in the right place at the right time? How did that encounter change your life?