Many factors come into play when producers are casting actors for a big hit like Harry Potter. These choices are often so well-made that the viewer creates a powerful relationship with the character. This powerful relationship makes it hard to dissociate the image of the actor and their on-screen role. For instance, can you imagine a Harry Potter played by someone other than Daniel Radcliffe, or a Hermione not played by Emma Watson? Well, even though many of us think that these actors were “born” to play these roles, it is possible that on several occasions the producers did not agree at first and they may have even chosen someone else. It’s hard to believe, but true.

At Bright Side, we’re all Potterheads. That’s why we’d love to share with you all the fun facts about the “wizarding world” that we found out there. We’d also like to extend an invitation to a parallel universe where other actors that were about to play some of the most famous wizards in the world actually did get the roles. Don’t forget to check out the bonus at the end of the article! 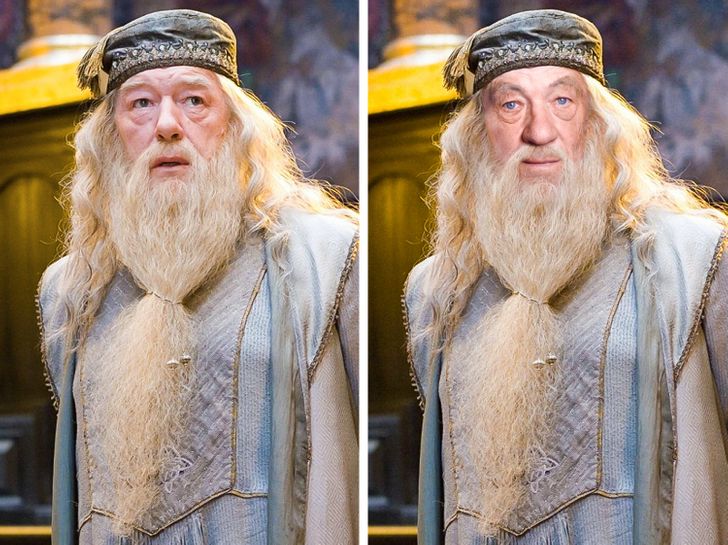 © Harry Potter and the Order of the Phoenix / Warner Bros. and co-producers, © IanMcKellen / Twitter

Sir Ian McKellen, known for the amazing performances he delivered in movies like The Lord of the Rings and The Da Vinci Code, as well as in many theater plays, was asked to bring the famous wizard Albus Dumbledore to the big screen after actor Richard Harris, the then-Dumbledore interpreter, sadly passed away. This happened back in 2002, but McKellen had to face a tough dilemma after which he decided to turn down the opportunity.

It all started when, back in the day, Richard Harris said that even though he found McKellan to be a brilliant actor in terms of technique, he lacked passion when acting. McKellan had to decide whether he’d take on the legacy of a man who disapproved of him as an actor. We all know how the story ended. McKellen refused, saying that he “couldn’t take on the role of an actor who didn’t approve of me.” While we all think he would have played an amazing role as Dumbledore, it was Michael Gambon who eventually landed the role. 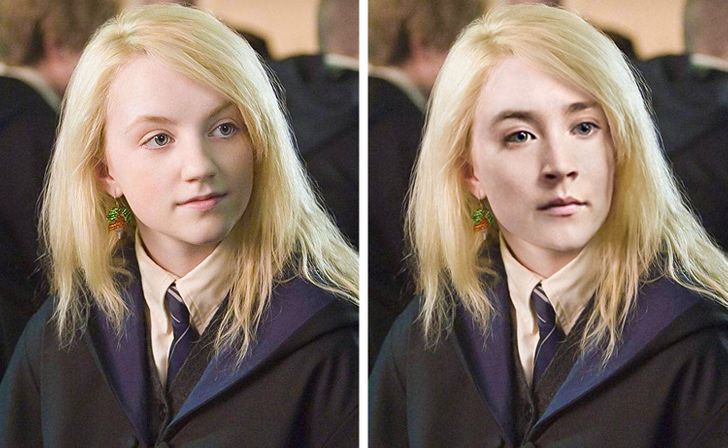 © Harry Potter and the Order of the Phoenix / Warner Bros. and co-producers, © Little Women / Columbia Pictures and co producers

Actress Saoirse Ronan became popular after she appeared in films like The Lovely Bones and Little Women. But few people know that she actually auditioned to play the role of Luna Lovegood in the Harry Potter saga. Unfortunately, she did not get the role, which Evanna Lynch ended up landing because she was specifically chosen by the creator of the story, J.K. Rowling. According to her, Lynch was the perfect person to play this character.

Saoirse, however, admitted that she was disappointed when she learned that she was not chosen. During an interview Ronan said that she “was too young — but at the time I thought, ’I’d love to be in Harry Potter.’ When I was younger, I used to think they had the best job in the world.” Today, with more than 3 Oscar nominations in her pocket, we wonder what a Luna played by Saoirse would look like and what vibe she would have given to the whole franchise.